Sgt. Pepper’s is having its 50th anniversary this year, with a super deluxe reissue version released today. Although Lennon was responsible for the two best songs, the album was McCartney’s concept and he wrote or co-wrote nine of the thirteen tracks. He’s the only surviving serious spokesperson for this seminal work and there’s going to be a lot of press about Paul.

There’s not going to be a lot press about what it’s like to work for Paul. He never talks about that and neither do members of his employee culture.

As part of my book, Under the Hood, which is about how an employee culture really works and how to gain its maximum commitment, I wanted to answer how you influence and inspire an employee culture that already has to be expert at its job or the job couldn’t even get done. Amongst intimate book interviews with the director of the Super Bowl film crew, ex-Muppet master and film director Frank Oz, and the CEO of CNN about the major stress of his reporters trying to capture a story in the middle of a war zone, I spent a lot of time with guitarist Brian Ray. Brian has been a member of Paul McCartney’s band for fifteen years, which is five years longer than Paul’s first band was even around.

Included here is an excerpt from that Under the Hood interview. But first, let’s summarize what Paul McCartney would say to you about how to lead your own employee culture to greatness:

The relative quality of performance from your employee culture probably has little to do with its skill. Those in the culture already know how to do their jobs—you hired them because they had that basic capability, and once they get an orientation to your products and procedures, they’re skilled. From that point on, the quality and quantity of your employee culture’s performance depends on its willingness to use that skill to the utmost, regardless of whether you’re hovering over it like a supervisory gargoyle.

If you’re trying to get more skill from already skilled people, you’re pushing a dead button. This makes leadership more important than management: How can you control what you haven’t first created? 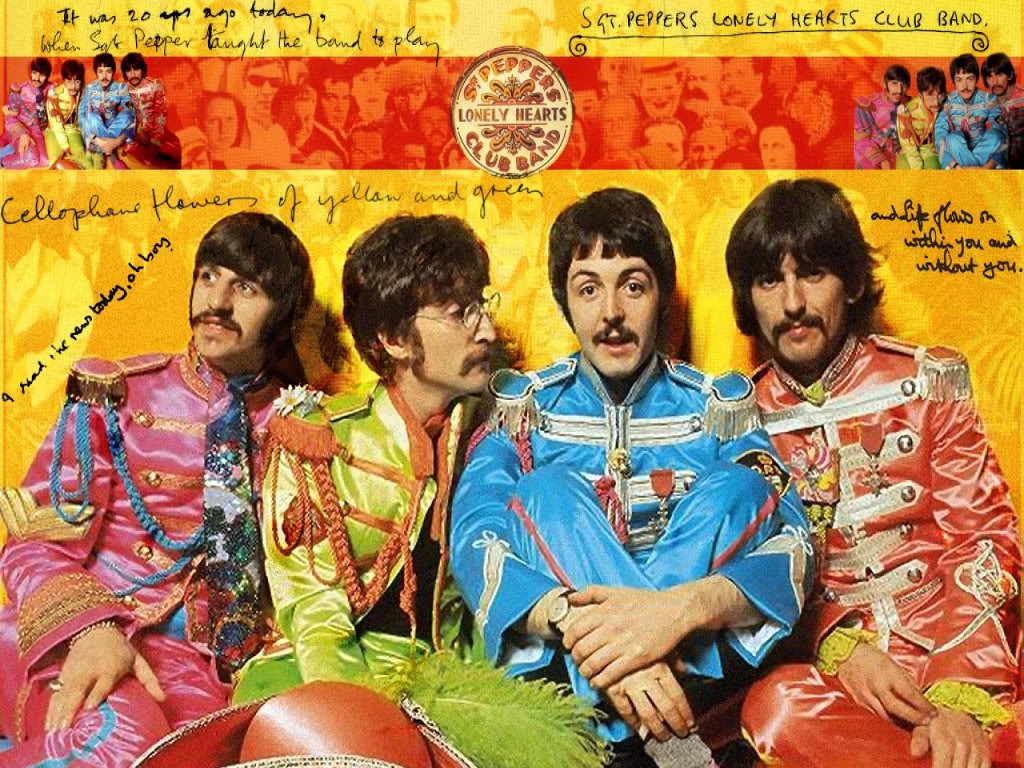 And now, from Under the Hood:

A ROCK AND ROLL ICON TAKES THE STAGE

Tennessee, 7:55 p.m. on a steamy, sticky Southern night. It is the darkened main stage at Bonaroo, one of the largest music festivals in America. Over 100,000 people shift, stretch, and paw the ground expectantly in front of them. They have come to experience the music of a generation, of every generation most of them can recall.

Behind the stage is another crowd, this one numbering about 150. For most of them, work done, it is time for a last mental review of their careful preparations throughout the day. For some of them, it is time to take positions for the night that is about to begin. This is the employee culture—road crew and band—that works for Paul McCartney.

Only the best are hired to work with Paul, and it’s a dream job. Well, there is this one nightmarish possibility: If something goes wrong in front of those 100,000 people, every one of them will recognize it. Instantly. They know every note and every word of every song as well as the people playing them do.

“Anything can happen,” Paul’s longtime rhythm and bass guitarist Brian Ray tells me. “Paul likes to rock. We are not playing to Pro Tools, pre-taped material, or time references. We’re not tethered to anything but each other up there. We’re on natural monitors, speakers and boxes on the ground just like the old days.

“We are sharing a live musical experience like real musicians have always done, and it requires you to have visual and audio connection with each other,” he explains. “It is an immediate, vital music experience for Paul’s band. And it’s not just us; we carry a regular road crew of about one hundred people, but we add fifty or sixty new crew members for each show—there are construction, security, lighting, video, riggers, sound engineers, guitar technicians, just so many elements. Our crew can make or break the course of a show at any minute within it.”

“Once the show starts, our guitars are handed to us by human beings who are on the side of the stage tuning them, and there are a lot of strings, switches, and batteries that could go bad and change the show,” Brian continues. “It’s very real.”

“Well, on this tour we played Glasgow,” he says. “I’ve been starting the show alone on a twelve-string, just me on stage before the band kicks in and Paul comes out. A battery had fallen out of the guitar being delivered to me, which nobody realized. I’m on the stage in front of 40,000 people, it’s the first song, and there’s absolutely no sound. We’re trying to figure out what could have gone wrong, trying this and that.

Paul’s just standing there looking at me, and I’m whispering to my guitar tech, ‘Get me an electric guitar now ¬¬– I need to start the show!”

“But that was one of sixty times we’ve performed that first song, and the only time something went wrong.”

Listen to What the Man Says

“How do we all experience Paul? He is a great leader and a great boss. He wants the best out of people and he really gets it. Not because he’s a tyrant in any way, because he certainly isn’t, but because he stays on it. He throws down every time we play. He’s going to step on the gas and reach deep every night, because he loves music and because he came from the clubs. That’s still who he is.”

“How much is he in control of the concert experience?” I ask. “Everyone is aware that Paul is aware of every aspect of the show,” Brian insists. “He’s still driven, still that guy who’s the best in Liverpool. He still wants to do mind-blowing work. He wants to impress. He still loves seeing the lighters in the air. He doesn’t see his music as a museum piece; he wants it to be a living, breathing, vital thing. In concert, he just goes out there and performs like a human being who loves music, not like an idol who loves fame.

“And that example inspires all of us to do the same,” he explains. “Everybody wants to be part of this . . . every single department backstage and onstage is making the eyeball shine on top of the pyramid. That thing at the top is Paul. We are there to help him put over his vision every night.”

McCartney is renowned for being financially generous to his band and crew, but Brian doesn’t want to talk about that; he wants to talk about this: “Paul is maybe the least cynical man on the planet. And the ones who share that worldview are the ones that stay with us the longest. It’s a trickle-down thing. By his essence, I think Paul attracts people who carry that same sort of ethos of quality and of service to an audience and to music. That spirit. Everybody in the crew and everybody in the band pushes forward with that same sort of love of humanity and hope for a future.”

I should leave it there, but I can’t. Paul McCartney is Brian’s boss. Brian’s job is to play Beatles songs to huge, cheering audiences. “Let’s get tactical.” I suggest. “How does one ace a job interview with Paul McCartney?”

“Sure, okay, let me explain,” he says. “In 2002, Paul had hired a producer, David Kahne, who has also produced a basketful of number one records in his great career. He’s the guy who had the vision to put together Paul’s band. They had chosen the drummer, Abe Laboriel Jr., who is a buddy of mine, and he gave David my number. I didn’t even have a cell phone, but I happened to be at home on Monday when the call came through to audition with Paul.

“I first met Paul the night before the audition, and it was as simple as, ‘I want to make a toast to my friends here with me tonight at this dinner. I want to welcome my older friends, and I want to welcome our new friends, David Kahne and Brian Ray.’ And the next day I played my first gig with him, although it was only one song.”

He adds, “The day after the show I was ready to say good-bye, and thank you, and it was a privilege, and I’ll never forget it. Paul said, ‘Welcome aboard. Stick with Abe and Rusty. They’ll show you the ropes. I’ll see you at rehearsal for the tour in five weeks.’ And that was that.”

Stan Slap wrote the New York Times and Wall St. Journal bestselling books about business culture. He is also the CEO of SLAP, the international consulting company specializing in achieving maximum commitment from manager, employee and customer cultures – the three groups that are deciding the success of your business while you read this sentence.